Which CMA Review Course Is Right for You?

With my comparison of the most popular CMA review courses, you can get the best course for you!

The IMA conducted two comprehensive CMA salary surveys in 2010 and 2012 among the current and prospective CMAs in Dubai, UAE and the Middle East, together with two recent global surveys in 2014 and 2015. Here are some interesting findings:

Profile of an Average IMA Member in the Middle East

Based on members who responded to the survey, this “average IMA member” is more likely a man in his mid to late thirties with a bachelor degree, and quite possibly with a master’s degree. He has been working for 10 years, likely married and possibly with one or two children.

On average, the IMA members in this region earn US$50K annual basic salary and US$60K if including other compensation, such as bonus and profit sharing. This is an impressive increase of 79% and 76% respectively from 2010. The medium numbers are US$35K and US$40K respectively.

The range varies significantly by country within the Middle East region. Median instead of average numbers are used because the higher salaries tend to distort the picture of what an average member earns.

Accountant basic salary in UAE and Qatar has the highest average compensation at US$56,000 and US$48,000 respectively. Egypt has the lowest at US$6,800. Overall, basic salary in Middle East region enjoys a strong and steady growth with a CAGR of 24% from 2010 to 2015.

Among the Middle Eastern countries, UAE, Saudi Arabia and Egypt have the most number of IMA members, representing 12%, 7% and 4% of total survey respondents respectively. Here is a quick comparison:

For a detailed analysis on CMA salary in Dubai / UAE, Saudi Arabia and Egypt, please check out the links here:

Not surprisingly, compensation increases as people gain experience in their field. In the general accounting and finance field, you can expect to see compensation level going up considerably within the first 10 years of work. The percentage increase is less thereafter but the absolute amount is still significant. 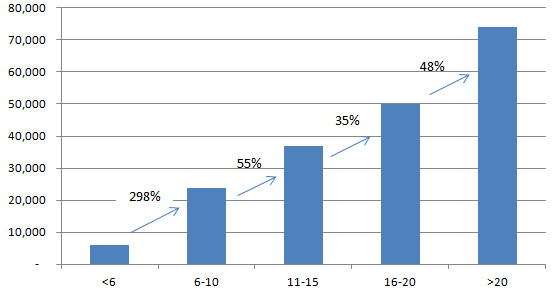 Median Compensation by Age and Certification

The difference in compensation by age can only be explained partially by number of years of experience. Another critical factor is whether the person possesses professional qualification.

The following analysis is based on the availability of any accounting or financial certification. In the survey, 65% of respondents have at least one professional certification; 52% are CMAs, 7% are CPAs and 7% are CFMs. 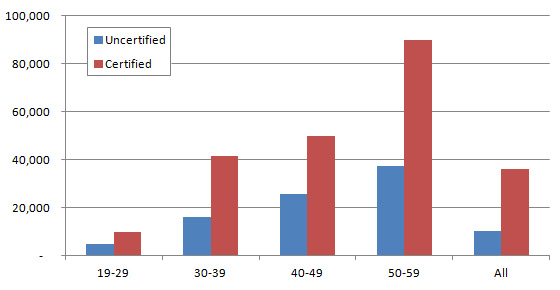 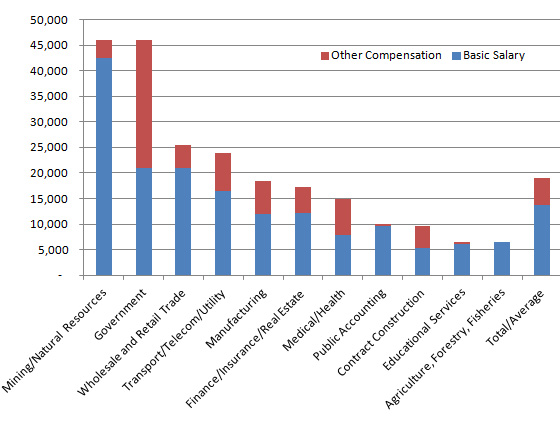 Given the importance of oil and refinery in the Middle East, this sector demands the highest level of compensation. Government jobs are also well paid when considering the total compensation package.

The highest number of employment (see below) are from the finance, insurance, real estate as well as the manufacturing industry. Their compensation level is slightly lower than the average. 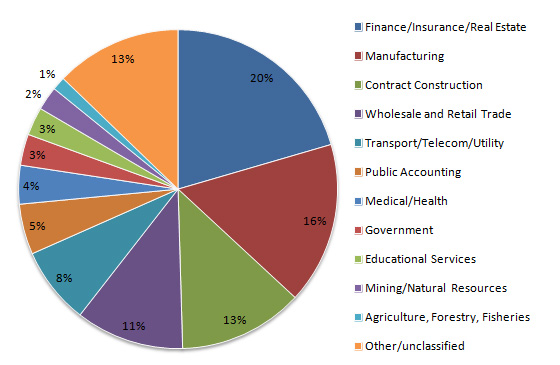 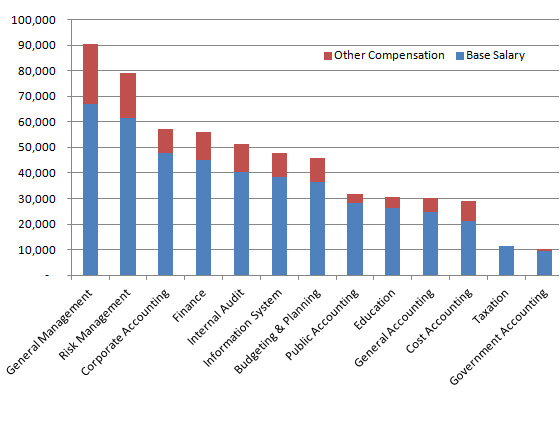 Compensation for general management and risk management is among the highest; Government accounting ranks last.

Finally, on CMA vs non-CMA… 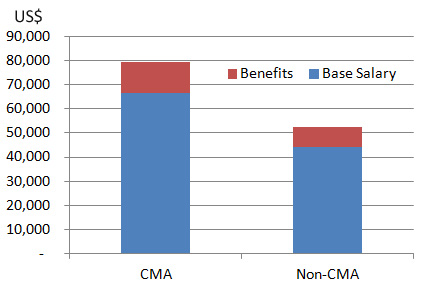 Based on the latest report in March 2015, CMAs continue to enjoy higher salary and compensation than non-CMAs. On average, CMA salary in Middle East is US$56K, and compensation at $69K, compared to $44K and $53 respectively for non certification holders. The premium is 27-31%.

Compensation by Years in the Field and CMA Designation 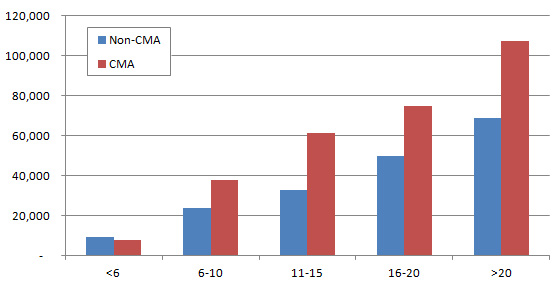 Similarly, the impact from CMA certification is most apparent in the top management and senior management level. 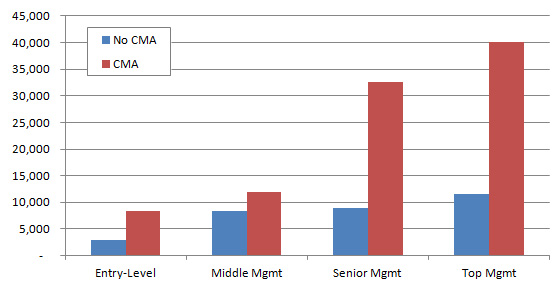 This is an interesting analysis showing that higher education, professional certification and professional experience does make a big different to your career and your pay.

These charts show the encouraging big picture, but it is prudent to check whether it applies to your local area.

If you are still thinking about the CMA or other qualification exam, it’s really time to do it!

Salary reports for your reference:

About the Author Stephanie Ng

I am the author of How to Pass The CPA Exam (published by Wiley) and the publisher of this and several accounting professional exam prep sites.

How to Become a CMA: The CMA Certification Process